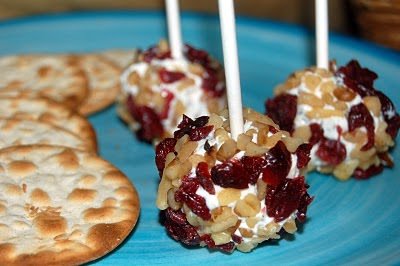 Guess where I first saw these oh so cute “pops”?

You will never guess!

It was 1984, my friend Monica called to tell me she won 2 tickets to an event that the current loves of my life aka Duran Duran were going to be at and did I want the tickets??

Did I WANT the tickets???

Monica was not really into music (she was the smartest girl in school) and I had recently gotten her a job at the rectory where I worked, so she figured she would pay it forward and give me the tickets!!

My head almost exploded.  I couldn’t breathe.  I was freaking OUT!  “I” was going to meet Duran Duran!

You see, MTV was having an awards show….they were calling it the MTV Awards.

The show was to take place in Radio City Music Hall in NYC, I was in Philly…the radio station was sending a bus full of winners down…so it was not that far, and not that complicated. I ran screaming to my parents, I called my girlfriends and guess what…no one, and I mean no one was allowed to go!

Strange considering that I had by far the most rules and restrictions placed upon me by my parents over everyone I knew…BUT, I always told the truth and that did get me some things every once in awhile…this being one of them.

What was a girl to do…so close but so far from meeting her dream men!! I knew with certainty that one of them…probably John Taylor would fall madly in love with me and the rest would be rock n roll history!


My Mom could see my agony and then she said….”Is Cindi Lauper going to be there?”

The skies cleared, the sun came out birds were singing (probably tweeting Hungry Like A Wolf) and all we had to do was to decide what to wear!!

The day came, we wore T-length gowns (mine was strapless and black with rhinestones…I thought I was sooo cool).

When we arrived, you were not separated at all from the celebrities…everyone was just milling around like any cocktail hour chatting, drinking and snacking.

How I remember the goat cheese lollipops is bizarre when I was literally rubbing shoulders with Diana Ross while she was talking to LaToya Jackson.  Just across from me was David Bowie standing at the bar with a drink in his hand.  Bette Midler was haming it up with other people I didn’t recognize (I actually didn’t know who Bette was at the time…she was hosting the darn thing too) Madonna…whose eyes were so red that they seriously looked like they might fall out of her head was next to me at one point.  Ghostbusters were wandering around…you get the picture. Celebrities were all around me and what do I do…look at the food!

I guess food was in my blood even in high school.

This guy with long dirty blonde hair, who was was wearing skin-tight electric blue lycra pants bumped into me and spilled his drink down the one side of me.  I was like “oh”  He stopped and started stroking my shoulder saying “mmmm I like my girls in black”.

I had no idea who he was, (I was into British music at the time) my Mom was like OMGosh, THAT was David Lee Roth!

I kept it together the whole afternoon and night…I tried to act like I belonged and was cool…being all of 16…I was talking to Ron Wood, about what I have no idea, and I had no clue he was from the Rolling Stones until later…I never even asked for autographs (remember…I was playing it cool).

Do you think I met my boys that day??

I never saw any of them until Simon and Nick came out to present an award…However I did meet their wives in the extremely impressive bathroom…and yes, they were nice (sigh).

The ceremony was almost over.  Simon and Nick came up to the podium to give the moon man for Best Female Video (which went to Cindi Lauper for Girls Just Want To Have Fun) AND I lost it…I jumped to my feet in my perfect black strapless dress and let out every drop of adoration I had for Duran Duran in one long teenage squeal and screamed “SIIIIIIIMMMMMMOOOOONNNNN!!!!”


And then, he looked right at me, and so did half of Radio City Music Hall.

When I watched the show back (my Dad had taped it for me) you can literally hear my scream….I am still not sure if I am humiliated, think it’s funny or love it.  After all I am forever immortalized in MTV history with that little soundbite!!

I was even asked to go to the after-party at Tavern On The Green buy a singer who had won Star Search…I think his name was Sam Harris…but I did have a bus to catch back to my reality.

Oh and Mom, If you are reading this…I don’t know if I ever thanked you for giving me one of the coolest memories of my life…Thank you!!

Try these fun Goat Cheese Lollipops appetizers at your next party!

In the picture I had coated them in chopped dried cranberries and nuts, but you can coat then in tiny bacon pieces, finely chopped roasted nuts or herbs – suit your taste. If you want to make the goat cheese go farther cut it with some very soft cream cheese (70% goat cheese 30% cream cheese). I use plain goat cheese so the flavor of the coating will shine through. These are not meant to be picked up and popped into your mouth…but instead you just pop one on your app plate and dig in with crackers.