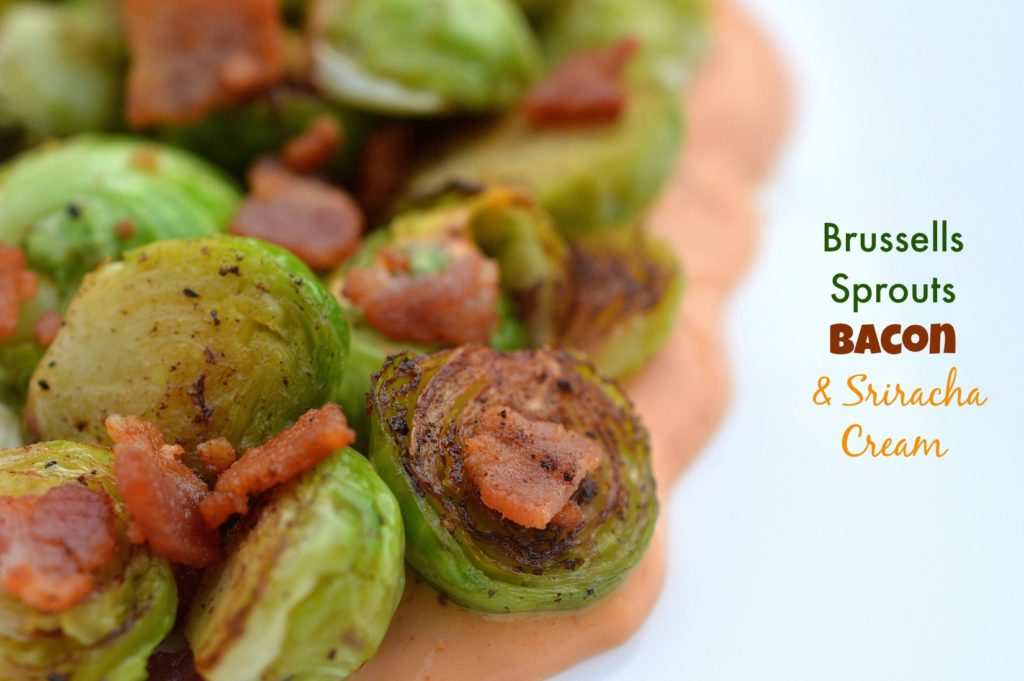 I did something good for myself and a friend this week and it involved these Sauteed Brussels Sprouts with Sriracha Cream and later in the week, bacon…Can’t forget the BACON!!

After mostly unplugging to focus on hosting multiple times over the holidays and enjoy my family while the kiddos were off from school. I headed to one heck of a destination spa called The Lodge at Woodloch (located in the Pennsylvania Pocono Mountains and just recently named the #3 destination spa in the U.S.) with a few life-long girlfriends as well as my sister to celebrate my friend Becky’s 40th birthday. And man was it ah-mazing! While we were there, one of the appetizers we ordered for dinner was Brussels Sprouts with Sriracha Cream.  As soon as I laid eyes on those words on the menu…I knew I had to have a bite!

I said to our awesome waiter Mitch, “is there bacon in it???”

I said “Mitch…Bacon would make it better.”

Mitch chuckled then completely greed with me!

Out it came and it was really good, however…

Bacon would make it GREAT! And it did!!

For those of us who like things spiii-ceeeee, an additional drizzle of Sriracha over-top does the trick!

This is such a simple app to make and its really light and good for you food too! I know there is may involved but you really aren’t eating very ,much of it at all.  So for a game-day app, dinner party app or just a snack.  My thighs and I say serving this dish of Brussels Sprouts, Bacon & Sriracha Cream is a huge improvement over a big ol’ bowl of cheesy dip! Even with the bacon….BACON!!!!

My love for bacon is eternal and true!

Tip: Look for small Brussels sprouts for this dish, they cook much quicker and are perfectly bite sized! 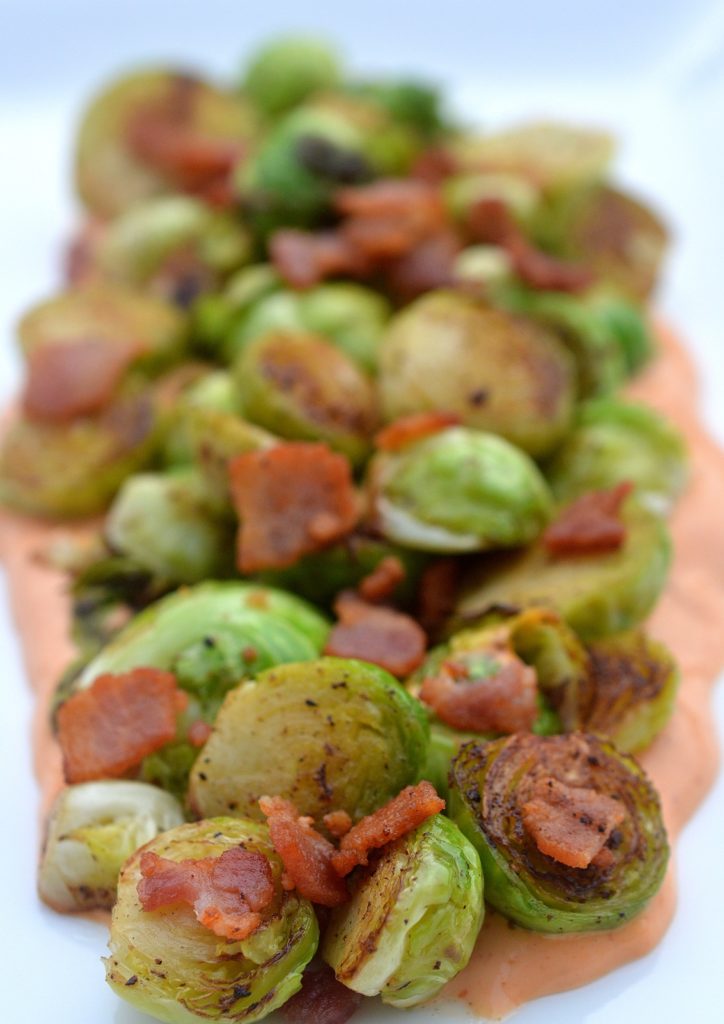 Add a Sriracha drizzle for an extra kick!!! Oh yeah! 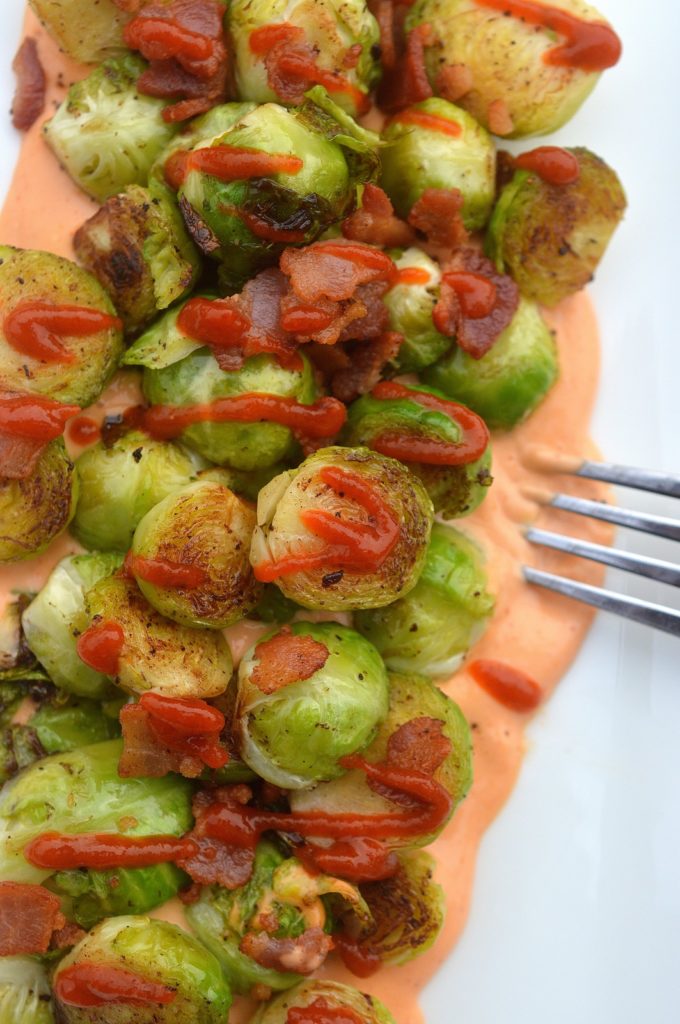 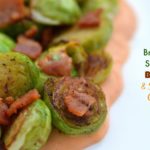 Cook time will vary on size of sprouts used. I like to half them at any size to get a nice char on the inside of the slice.
46 shares