The leaves are beginning to turn (even if it is unseasonably warm here in PA) and pumpkin flavors are in the minds of kids and adults everywhere. So today, I made my first pumpkin treat of the season! This Pumpkin Biscotti Recipe is easy, pretty and delicious! 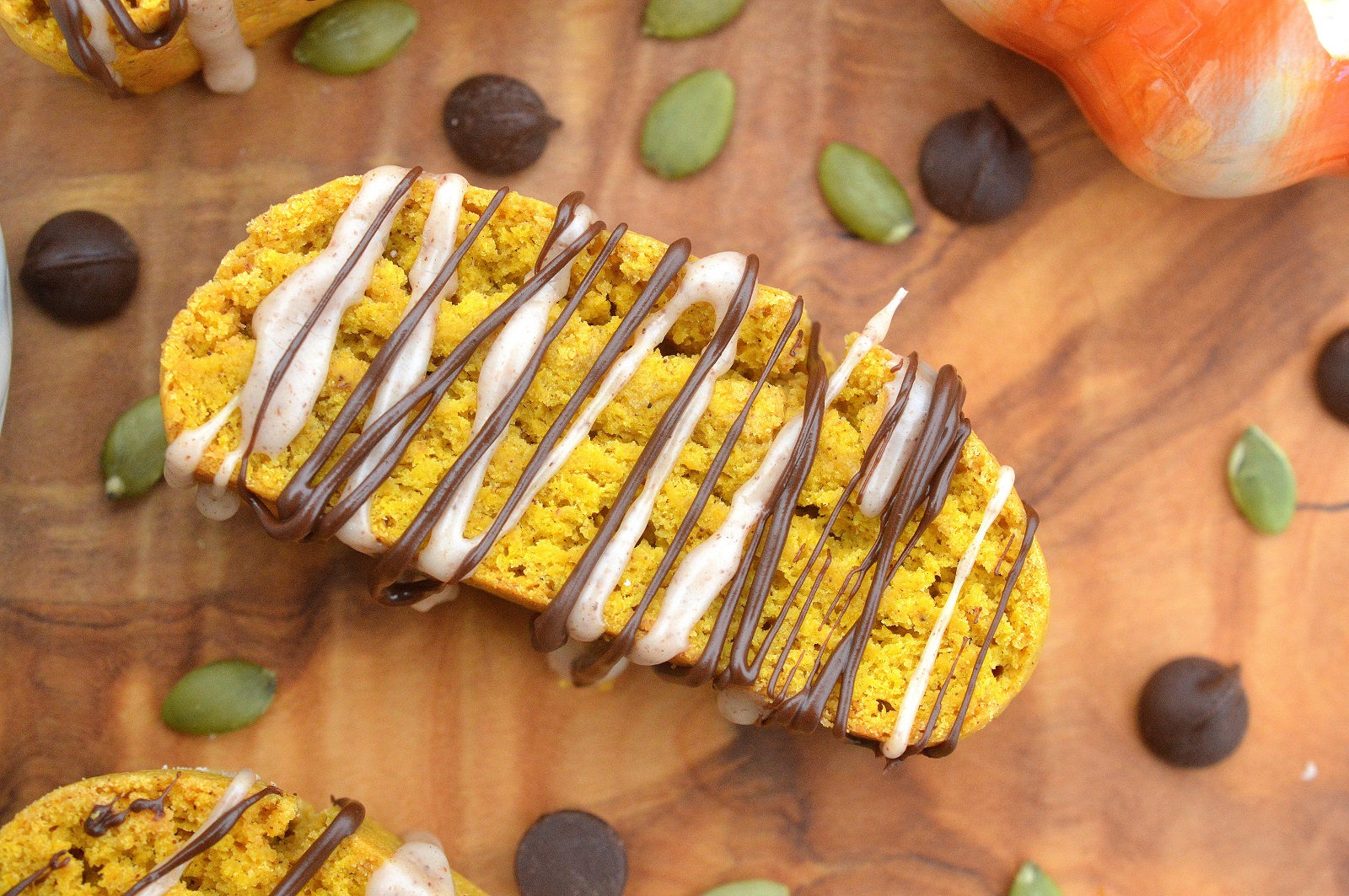 This Pumpkin Biscotti Recipe was worth the wait. The girlie has been begging to make pumpkin…anything since the end of August. I kept saying nooo the 2nd week of October, we have to wait…Lol! To me, it’s like listening to Christmas music too early. Am I alone in this?? Anyone else feel this way?

Making biscotti is easy, people think it is hard, however, once you make biscotti, you say to yourself “that was easy” and then do it again and again. Unlike waiting for the each batch of cookies to be done, then wait for the tray to cool a bit, the scoop or form more cookies and do it all over again…Making biscotti is as simple as 1-2-3. 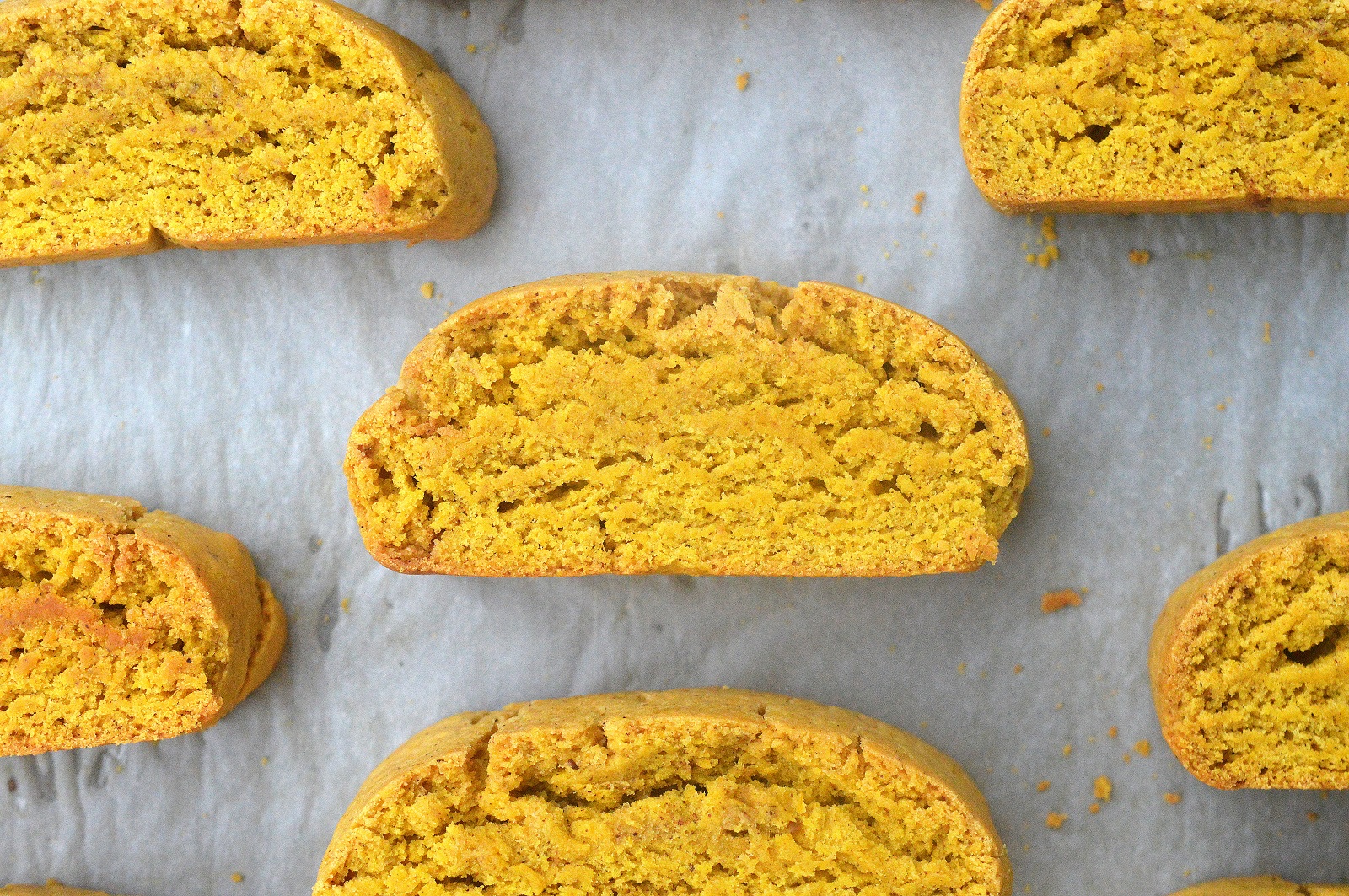 I’m a self-proclaimed cookie monster. Really! Cookies, homemade cookies that is, are my Achilles heel. I can’t stop at one. I just keep eating them. I love a cookie or three for breakfast. My son Connor (15) follows exactly in my footsteps when it comes to cookies (love that kid). Biscotti are one of his favorites and this Pumpkin Biscotti Recipe did not disappoint him. If you like Biscotti as much as my son and I do, check out my other biscotti recipes: Apple Cider Biscotti, Carrot Cake Biscotti, and Eggnog Biscotti.

Make these as full of pumpkin pie spice as you like and then decide to drizzle them with a cinnamon drizzle or make them a little more special by also adding a thin dark chocolate drizzle…Why not? The flavors all go well together.  When I make biscotti, I make them on the softer side. They are firm and have a good crunch, but they are not all dried out like you would find in a coffee shop. Just my family’s preference. You decide how you want them. 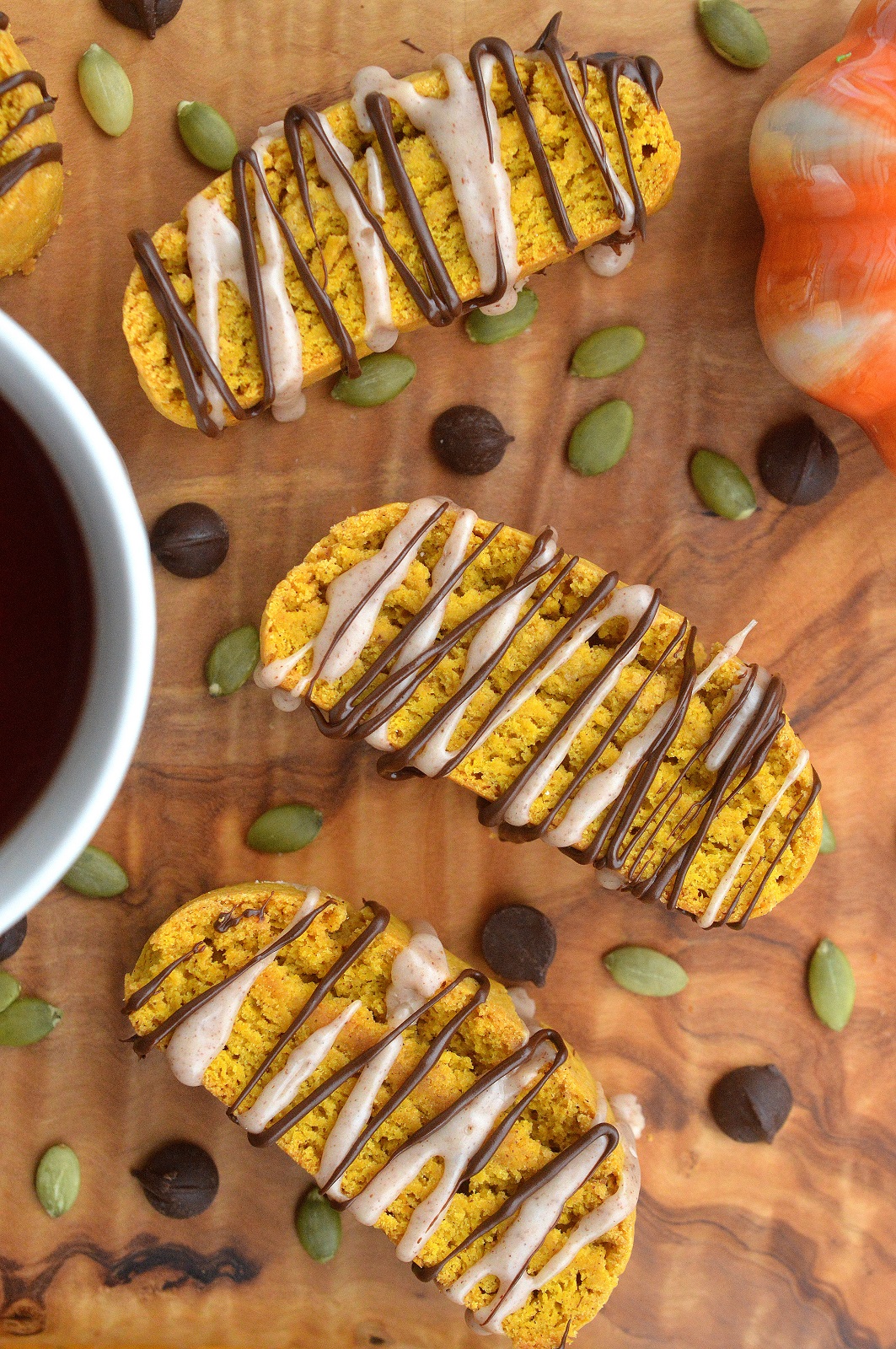 This Pumpkin Biscotti Recipe is a home run for anyone who enjoys pumpkin, or fall treats! They make a great food gift too! Let me know what you think! Tag me on Facebook or Instagram if you make them at @SouffleBombay or #SouffleBombay. I’d love to see your creations! 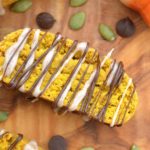