Looking for an easy weeknight meal that is as tasty as it is easy to make?? This Honey Bourbon BBQ Grilled Chicken fits the bill perfectly!

Last week, I was making seafood for my husband and I, so I decided to whip this up for the kiddos since they are allergic to seafood. And let me tell you…I wanted to nix what I had made for the “adults” and chow down on their Honey Bourbon BBQ Grilled Chicken dinner instead.

Ya know, because I “had” to taste it and make sure it was OK, lol!

I have made more complected variations on this, however that night I threw it together at lightening speed and yummmalicious! It was so good!

Isn’t it funny how so often the most simple things are the best…Know what I mean??

Now I totally could have made my own “from scratch” sauce, however I was just throwing this together for the kids super fast. BUT here’s the thing…most homemade sauces have a base of ketchup right?? So what’s the dif if I used ready made BBQ. Less dishes, time and still great flavor. The BBQ Sauce I had on-hand and used was Spicy Original Jack Daniels. I’m sure each variety will yield slightly different results…For example, if you grab a honey-barbecue sauce, you may only want to add 1 TBS honey.  As I always say…Taste and adjust!

I kept stealing slices of the chicken…I was almost full when it was time for our dinner which at the moment I can’t even remember what that was. 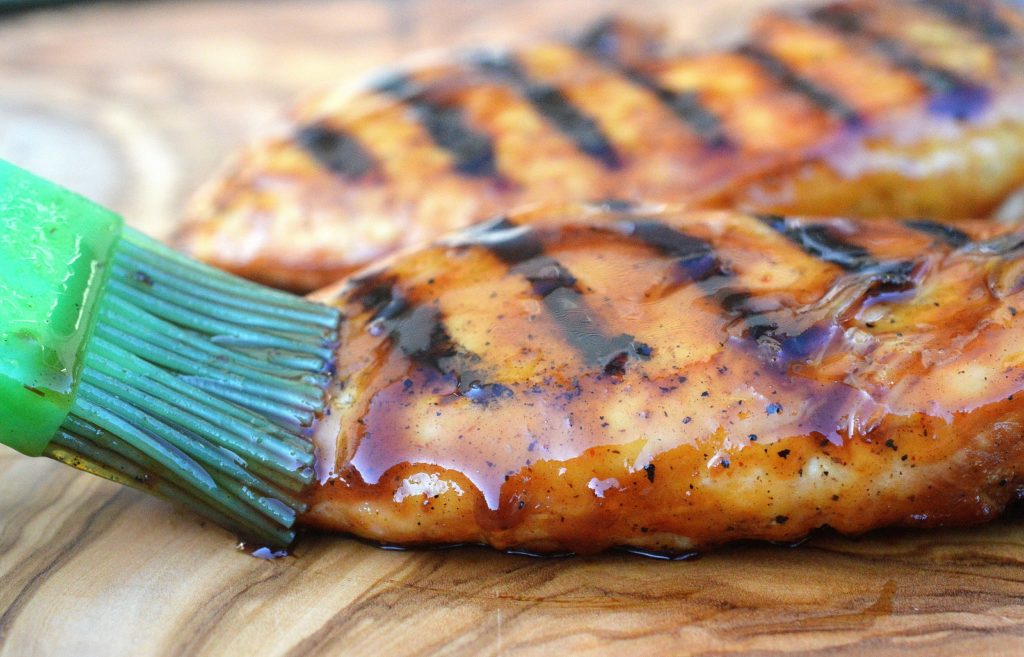 I am making this again as soon as possible! This simple sauce will work on bone in or boneless chicken, white or dark meat. And if you are thinking to yourselves…”she gave her kids Bourbon” it’s all good! A little goes a long way! Just a TBS or less and you get the flavor from it, then it’s partially cooked off!

You can use either Whiskey or Bourbon, both work just fine.

Serve this Honey Bourbon BBQ Grilled Chicken alongside some rice and a veg and you (and the kids) will be good to go! 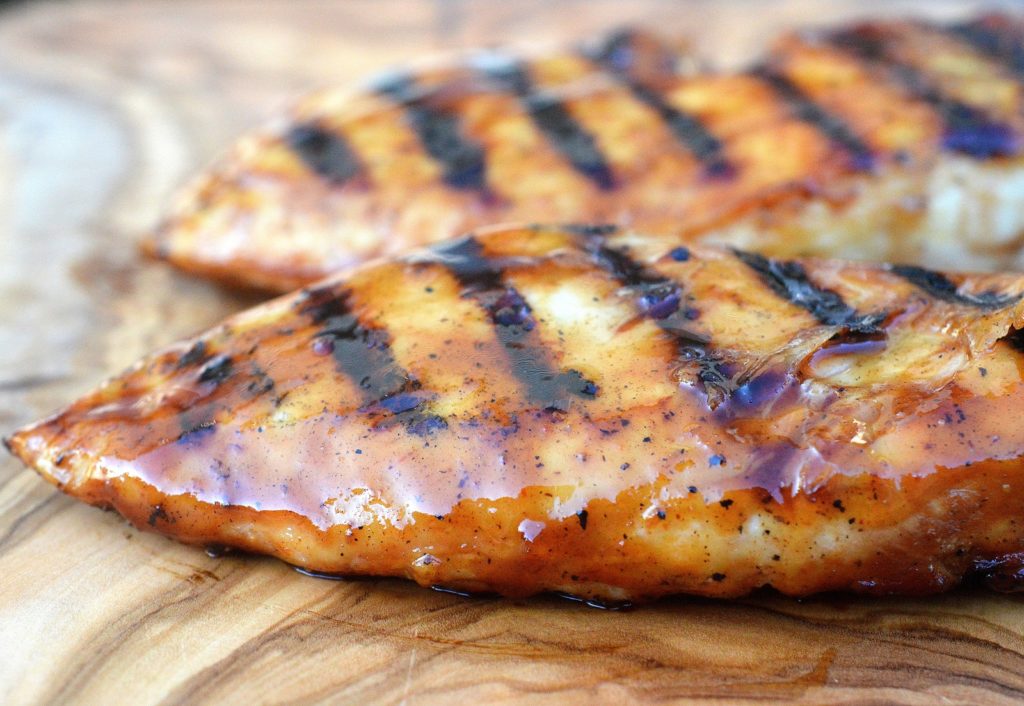 Now it’s your turn…what’s the easiest thing you have made lately that surprised you when it came to taste?? Don’t hold out on me 🙂 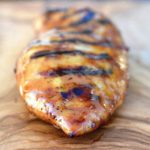